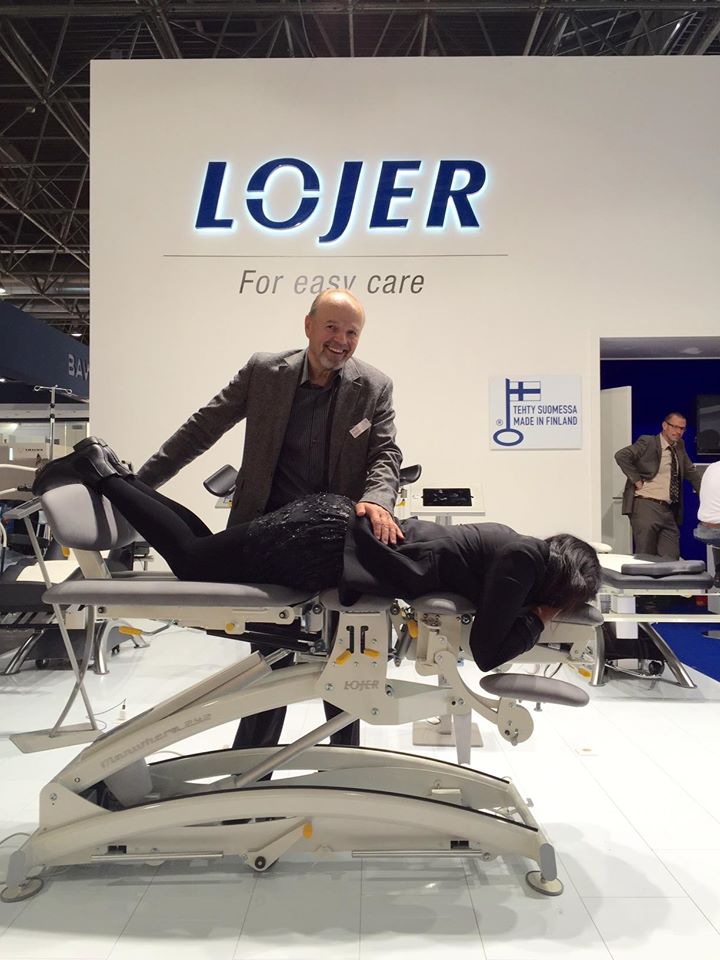 Teuvo Keisala, the inventor of Manuthera, recalls several cases when he, with the help of his invention has been able to ease patients’ situation when nobody else could. One of these patients was a 14-year-old ice hockey player who had been treated at the Lapland Central Hospital.

The young boy had suffered from a very painful sciatica for weeks. The cause of the pain was unknown, but MRI scan had confirmed that there was no disk injury in the back.

– The first time I met the patient, I did a passive movement examination while he was resting on Manuthera. At once I noticed that the so-called presacral space in the lumbar spine was immobile. I first thought it could be sacralisation of L5, where the fifth vertebra is fused to the sacrum bone. Based on the X-rays I saw that this was not the case, but instead, that facet joint had lost all its movement. I call this the frozen facet syndrome.

Functional X-ray imaging revealed hypermobility of facet joints L1–L4. This is a very common occurrence when the manipulation of the exact problem area (in this case L5 sacrum) has not been successful. Manual therapy that relies solely on the hands of the therapist and is performed on a flat treatment table, cannot be precisely targeted and unfortunately often causes more problems.

– Already during our first therapy session, the patient said he could finally feel the treatment in the right spot. We continued with the therapy once a week, and after 3 weeks, the patient felt hardly any pain. During those 3 sessions, I performed nearly a thousand moves in order to mobilize the L5-S1 joint segment. With the help of carefully designed exercises that the patient did at home, the movement in the lower back returned to normal.

Targeted therapy done with the help of Manuthera is very efficient. Therefore, it is important to let the body properly absorb the treatment: too short a break between therapy sessions means the tissue has no time to recover, and the pain may increase. So, no new sessions until the reaction to the treatment has subsided.

– When news of the young boy’s fast recovery reached the hospital physiatrist, he immediately called me. Even after two decades, I remember his words exactly: “What an earth did you do to him?!” I invited him to meet me, he brought the whole department of physiatry with him, and I introduced them with Manuthera and my techniques. It still makes me proud to think about this.

Read also the other articles by Teuvo Keisala, the inventor of Manuthera Treatment Tables » 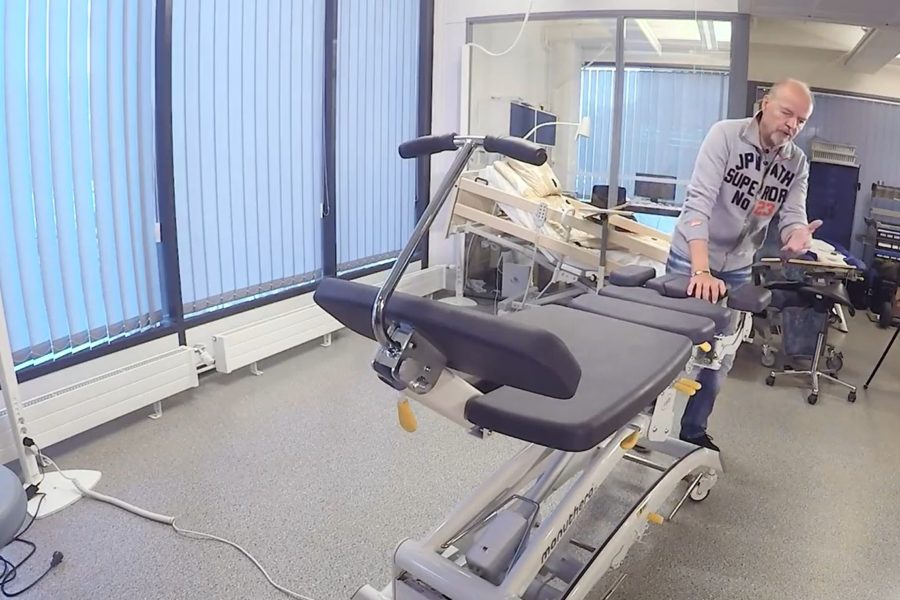 Best features and benefits of Manuthera according to the inventor 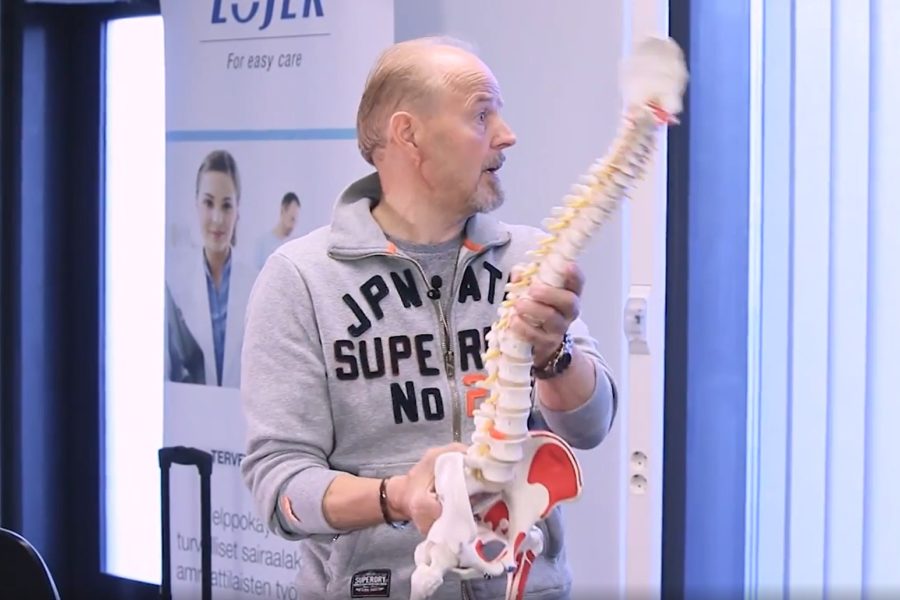 Manuthera was born out of necessity

Manufactured in Finland by Lojer

Manuthera 242 - The most versatile treatment table in the world